The science behind spend-based emission factors 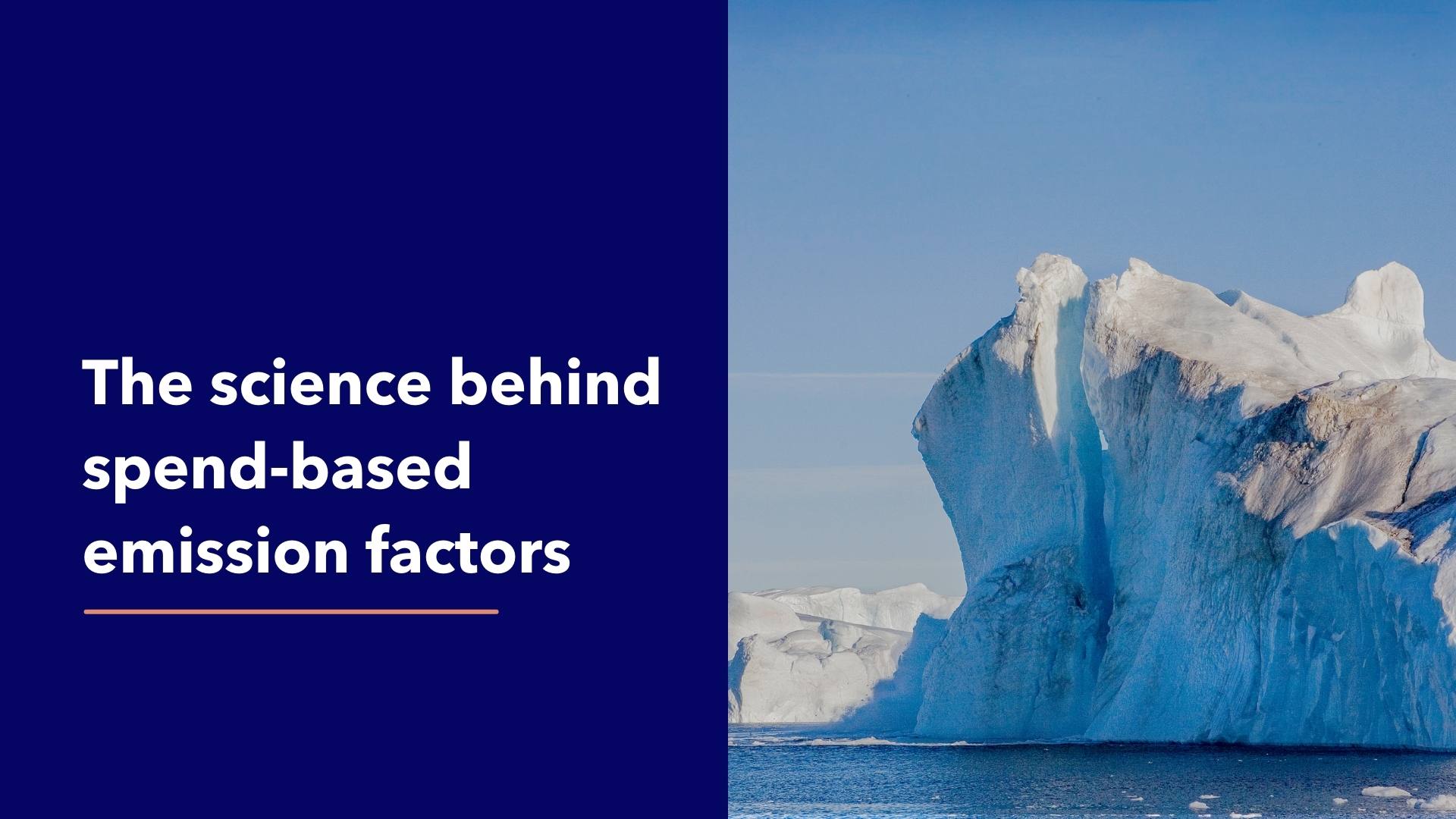 Spend-based emission factors have a bad reputation. But with the right calibrations, they make for an easy and powerful starting point to measure Scope 3 emissions.

Spend-based emission factors are often considered a second-best option, especially compared to activity-based measurements. Critics point out that measuring emissions by spend can come with shortcomings:

However, spend-based factors are better than their reputation, as long as they are applied with the necessary calibrations, which we will explain in detail below. In this case, they provide companies with an easy starting point to assess their emissions, particularly Scope 3, which otherwise can be a laborious task to assess.

The power of spend-based factors

Spend-based assessment’s biggest advantage lies in its pragmatic nature. While the alternative to spend-based emission factors—activity-based emission estimates—are more accurate, the collection and cleaning of all data points is difficult and cumbersome. Due to this complexity, most companies are unable to follow the activity-based approach. As a result, a thorough spend-based approach makes for a powerful alternative.

Here is what we at Climatiq specifically like about the spend-based approach:

With all this in mind, the spend-based approach can be a powerful way to measure emissions, as long as the “science” behind it is carefully considered and applied.

Let’s take a closer look at how spend-based emission factors work. As well, we can determine how companies can mitigate the limitations that come with this approach.

How are spend-based emission factors modelled?

Spend-based emission factors are estimated using a) Input-Output Models that are b) Applied internationally and then c) Environmentally Extended (“EE MRIO”) What exactly does this mean?

In a broad sense, EE MRIO models represent a snapshot of the global economy in a given year—for more details on how an IOT is constructed, please refer to Miller and Blair, 2009.

Figure 1 provides a graphical representation of an IOT, which illustrates the inter-industry monetary flows between the 30 economic sectors in China, developed by Mi et al., (2018).

How to read this table: the sector in column nine, for example, refers to the “Wood and Furnishings” sector. It has the strongest economic ties to sector one, Agriculture and Furnishings, as well as itself, meaning a lot of its products are used by other industries within the same sector.

How are spend-based emission factors calculated?

In the environmental extension of IOTs emission data is added to the economic output data for each sector. Combining monetary flows with emissions data then allows us to create spend-based emission factors.

In scientific terms, these multipliers are represented by the square matrix ĝ in the following equation:

How are spend-based emission factors represented?

Obtained spend-based emission factors are expressed in basic prices (price at the factory gate without taxes) and incorporate upstream emissions, therefore, accounting for the effects of global trade. The use and end-of-life phases are excluded.

IOA is useful to compare consumption and production-based emissions, for example, in the work of Wood et al. (2019), who examined the structure of the carbon footprint and carbon exports of Europe. Peters (2008) is another great example of this scenario.

With all this in mind, EE MRIOs allow us to create emission factors at the industry and product levels.

The different types of EE MRIOTs

Climatiq API offers a selection of spend-based EFs derived from the following IOTs:

Let’s talk about limitations and uncertainty

EE MRIOTs are powerful tools to understand the structure of global trade, as well as the environmental impact across industries and countries. Spend-based carbon footprinting approaches and IOTs are increasingly gaining industry interest due to their simplicity, freely available datasets, and often fine geographical and industrial resolutions.

However, as a conceptual representation of reality, IOTs come with several limitations that need to be considered.

Here are some of the major sources of errors:

In the case of EXIOBASE, which contains more than 8000 entries for each year, assessing the quality of each data point can be complex. At Climatiq, we compare data points within and across categories and geographies in order to detect entries that should be used with caution. We add quality flags to such data.

You can read more about data quality flags and methods behind the outliers detection here.

Due to their imperfection, several studies have looked at the uncertainty of IOTs:

How to apply spend-based emission factors

Now, let’s clarify the ultimate question of how to apply spend-based factors.

Input-Output analysis is a powerful tool to understand supply-chain emissions and can be used by companies to conduct the first approximation of their Scope 3 emissions. Frameworks such as the GHG Protocol, PCAF, TCFD, alongside others, encourage the usage of spend-based methods in a scenario where activity data is absent or difficult to obtain, bearing in mind their limitations. They are ideal as a first assessment to understand hotspots of emissions, which, where possible, should be assessed with activity-based emission factors.

Spend-based emission factors are always drawn from a global representation of emissions. They provide a solid, high-level assessment but cannot differentiate or depict nuances between products or suppliers at the local level.

At Climatiq, we ensure that all data provided has passed our quality controls to ensure that, where activity data is not available, spend-based emission factors can be applied with confidence.

We thank Dr. Marco Sakai at the University of York for reviewing and contributing to this article.

Steubing, B., de Koning, A., Merciai, S. and Tukker, A., 2022. How do carbon footprints from LCA and EEIOA databases compare?: A comparison of ecoinvent and EXIOBASE. Journal of Industrial Ecology.