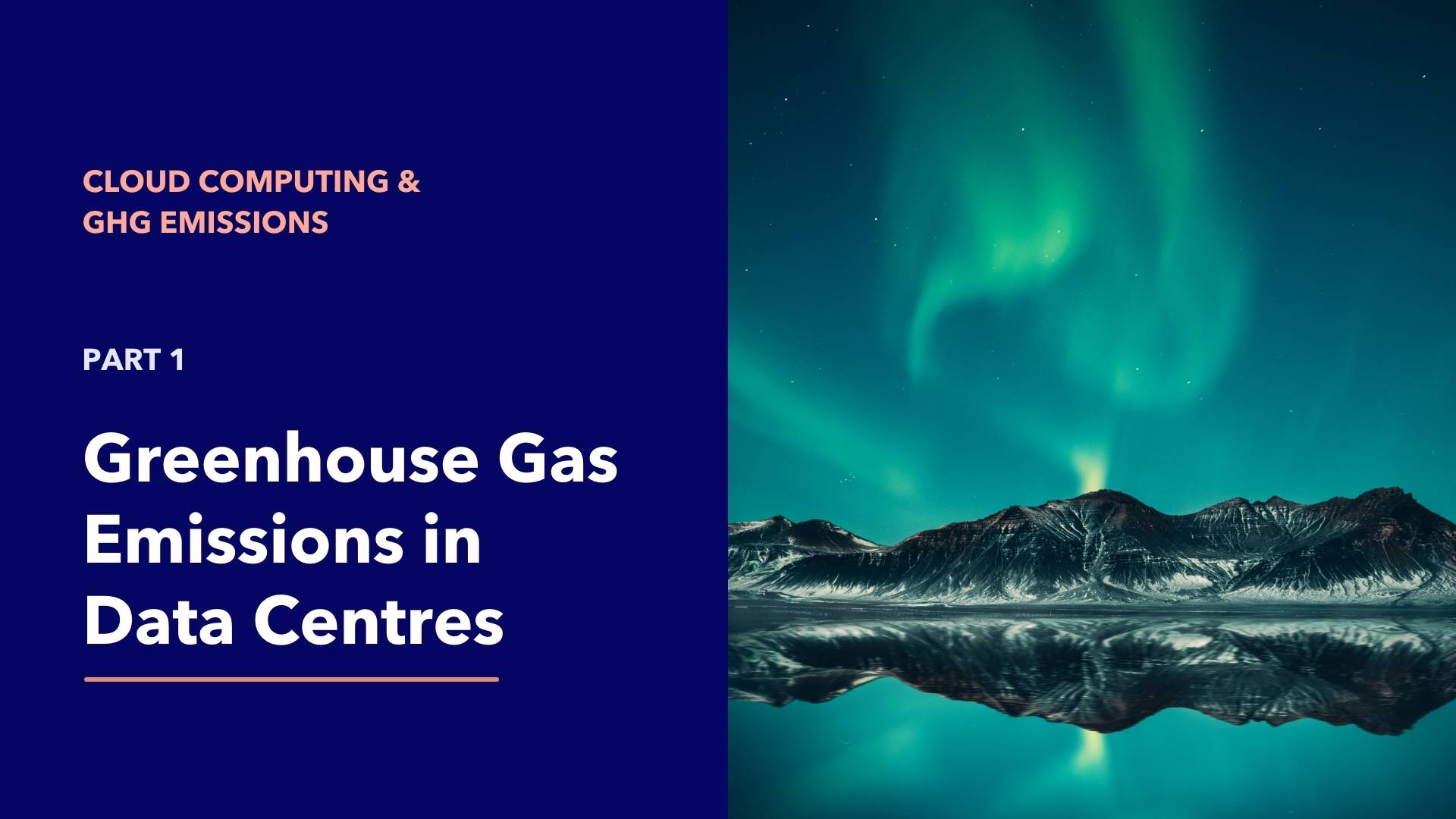 This is our first post in a series of four articles dissecting how to measure greenhouse gas emissions from operating data centres and cloud services. Today’s post explores the drivers behind the emissions of data centres and provides a detailed benchmarking, ranking more than 60 locations around the world in terms of their carbon intensity across major data centre providers like AWS, GCP, and Azure.

Check out subsequent posts in this series to learn about A) the role of the big three, namely AWS, Azure, and GCP, B) how to assess emissions from your specific computing activities, including on-prem data centres and hybrid set-ups, and C) how to lower your cloud computing footprint. Sign up for our free newsletter to stay up to date on new articles.

In public debate, emissions from cloud computing are often overlooked, despite having gained prominence due to reports about the massive CO2 footprint of popular activities like watching Netflix or trading crypto assets.

Global emissions from cloud computing range from 2.5% to 3.7% of all global greenhouse gas emissions, thereby exceeding emissions from commercial flights (about 2.4%) and other existential activities that fuel our global economy.

Consequently, cloud computing providers are called upon more than ever to take action. However, they often struggle to determine how best to lower emissions, given credible emissions data for their operations are unavailable, inconsistent, or lack transparency.

This is particularly true for AWS but also other hyperscalers, such as Azure and Google Cloud, that recently began sharing their cloud calculators with some clients, though not all.

At Climatiq, we see increased interest from forward-thinking organisations striving to better understand emissions from their computing operations.

To make things clearer, we start by explaining the main underlying drivers of computing emissions. Next, we empower companies to contemplate tactics to lower their emissions.

(Quick reminder: Sign-up for our newsletter to find out more about best practices for lowering emissions in forthcoming articles of our four-part series.)

Let’s start with the fundamentals of the drivers of emissions data.

What causes emissions of data centres?

The carbon footprint of a data centre is affected by three factors:

All three variables have unique features that need to be considered when doing any form of calculations.

Starting with electricity consumption, a key metric to consider when calculating energy usage is the Power Usage Effectiveness (PUE) value:

Many calculators out there ignore this variable. Climatiq’s cloud computing emission factors take PUE into account when estimating the emissions of cloud services.

‍On the water consumption front, it’s important to consider that data centres are among the top-ten water-consuming industries in the US, according to credible research. However, cloud providers usually do not report water consumption (and corresponding water stress levels), which is frightening, to say the least.

Climatiq’s Director of Science Maryam Arbabzadeh co-authored a paper that calculates the median water footprint at no less than 0.74 litres per GB of internet use (for networking), which suggests that water consumption impact is relevant and urgently needs to be considered when calculating emissions.

‍For server lifetime, companies face similar challenges with existing cloud provider reports. Most of them neither share nor consider respective server lifetimes. However, servers usually get replaced every 3 to 5 years (longer for local data centres), leading to spikes in emissions, which urgently need to be incorporated.

By comparison, Climatiq explicitly considers all of these specifics above as best as possible by following methodology developed by CCF, and made available through the Climatiq API.

To be exact, the following factors are taking into account when determining the carbon footprint of cloud infrastructure:

Based on the methodology developed by CCF and using Climatiq’s comprehensive emissions database, we have designed a heatmap to rank data centres across more than 60 locations around the world according to their emission intensity. Locations can be filtered by major cloud providers (AWS vs. GCP vs. Azure) and are ranked by CO2 emissions output per CPU-hour.

We’d love to hear from you if you have any questions regarding our methodology or wish to know more about the data - please get in touch with us here.