The Importance of Open Source in Tackling Climate Change 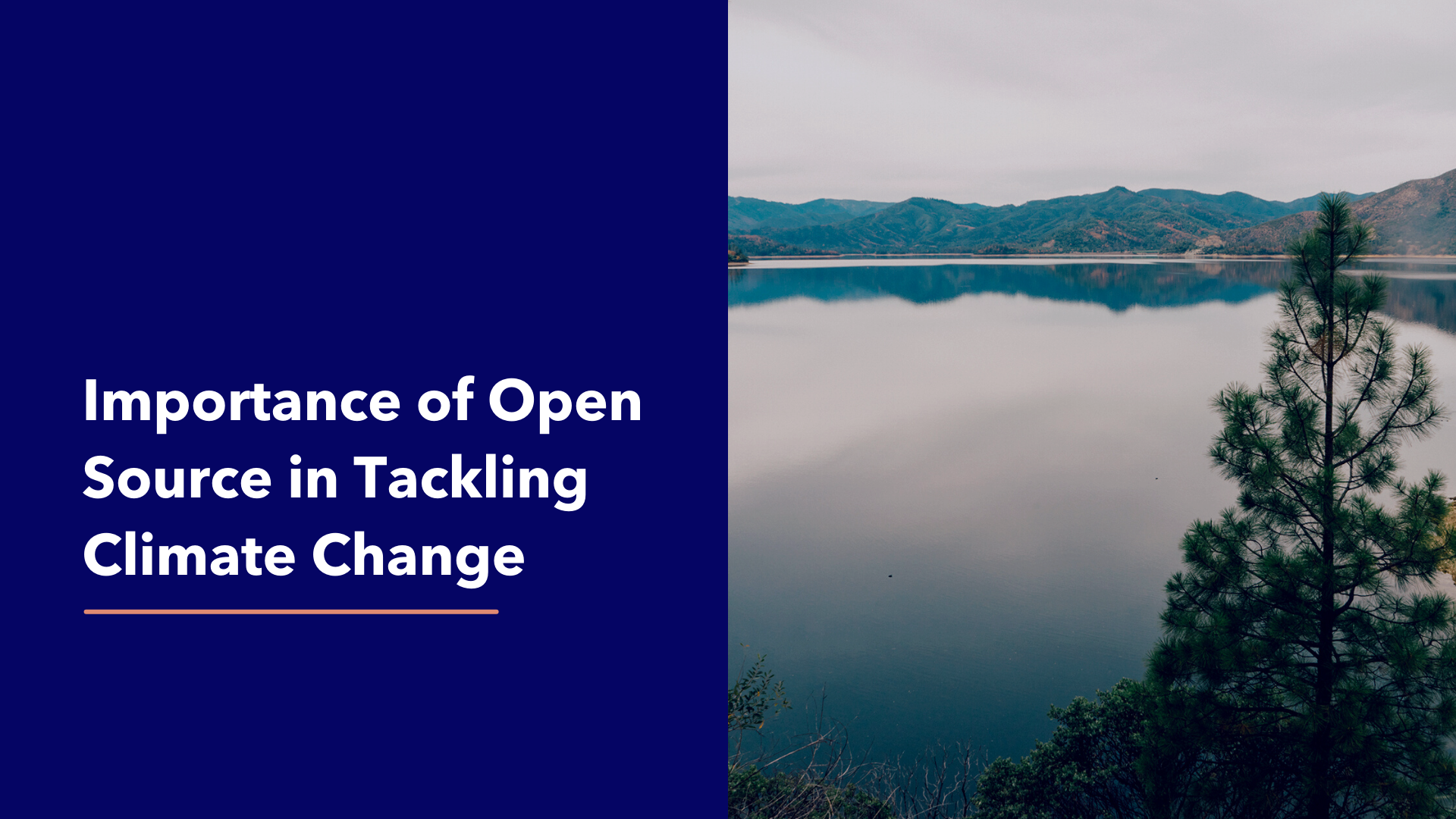 For years, hardware (wind turbines, EVs, PV etc.) have been put forth as essential tools in addressing global warming. Notwithstanding, software (and more specifically open source software) has increasingly entered the arena to tackle climate change, leveraging a computer’s ability to process large amounts of data. Open source software can be defined as software having the source code freely available for possible modification and redistribution. In that regard, it offers considerable opportunities as a means to gather an impressive amount of knowledge on climate change, and the possibility to share it publicly, including with software developers who build novel solutions to address the most pressing challenge facing humanity.

Let’s delve deeper into how open source is impacting the climate-tech industry, and how licenses present opportunities as well as challenges for creators!

The practice of sharing code on platforms such as GitHub has been on the rise. The principle is simple: multiple developers can contribute code with Git, and GitHub then becomes a central repository that is easily accessible and synchronisable for everyone on the platform. GitHub offers the possibility to commit changes, and for other developers to pull them into their own local repository. The advantage of GitHub is that it enables developers to share ideas, and inspire each other.

On GitHub, the 'climate change' hashtag accounts for no less than 534 public repositories, which are all codes related to open source software contributing to climate change fighting efforts.

With an amazing array of backers OS-C is establishing itself as an open source software that boosts global capital flows into climate change mitigation. OS-C  is a non-profit platform that aggregates the best available data modeling and science worldwide, enabling powerful applications for climate-integrated investing.

In 2015, the POC21 Innovation Camp was a real-life project where participants displayed the power of open source as an alternative to UN climate talks. For participants of the event, open source provides a way to share a project, change it and improve it, by anyone who wants to take part and without any legal restrictions.

Open source projects can easily be assimilated to the epitome of participatory democracy, where policies are substituted by direct action, offering simultaneously a tech solution that helps diminish carbon footprint emissions, but also a symbol of power for people who want to shape a green future.

Big Tech is also taking action by introducing carbon-efficient and carbon-aware applications to reduce emissions. Case in point, Microsoft recently launched its Green Software Foundation, a non-profit organisation, partnering with GitHub, Accenture, and Thoughtworks. The software consultancy wants to reduce emissions incrementally by relying on software. By focusing on the creation of open source and open data projects, Microsoft (formerly anti-linux, anti-open source) is making a u-turn to prioritise sustainability, and change software development culture for the better.

Moreover, by optimising energy efficiency, open source projects and software could solve the long-lasting problem of polluting data centres. This follows Microsoft’s decision to launch the Climate Finance Foundation last year in partnership with Allianz, Amazon, as well as S&P Global, to help investment and finance companies better understand the impact they have on climate change.

Vouching for open source only makes sense insofar as these tools are built to retain data, are low cost, facilitate monitoring and the gathering of data. In the private sector, there is a noticeable change in companies' attitudes when it comes to applying an open source philosophy. In 2014, Elon Musk announced Tesla’s patents would be open source making the technology readily usable by anyone to spur innovation further.

There are specific problems open source can solve in tackling climate change including efforts to protect endangered species and helping with projects such as Global Forest Watch where open source platforms are being used ingeniously through the use of satellite imagery and other data sources to help governments and NGOs in their forest preservation efforts around the world.

Despite being supported by larger companies, it is often non-profits who lead the charge in the open source movement, manufacturing cheaper hardware and software than commercial competitors. Depending on the type of open source license, researchers can modify tools in real-time, increasing the speed of projects and driving innovation forward. ‍

One of the main challenges in open source projects is to understand the type of licensing which applies. To define it simply, "an open source license is a type of license usually associated with computer software (but it can apply to other products too) that enables the source code to be used, distributed or modified under the defined terms of the license”. Open source licenses therefore usually indicate what users can and cannot do with the original source code.

Open source can be understood as a compiled source code which operates on data. Licenses usually comply with the open source definition. Licenses ensure a smooth process for granting permission instead of a case-by-case evaluation.

As a rule of thumb, licenses can be categorised under restrictive and permissive ones. As their names respectively suggest, restrictive licenses do not allow derived work to use any other licenses than the original one, whereas permissive ones enable derived code usage with minimal restrictions.

There are many different types of open source licenses. Here are the main ones:

The MIT (and ISC) licenses

Besides being one of the most popular out there, it is also one of the most permissive ones. The only requirement is to include original copyright and licence notice for every copy of the software. The ISC license is similar without the clauses made unnecessary by the Berne Convention. This license is used by software such as Node.js, Vuejs, SQLAlchemy, Ruby on Rails, and many more.

Also quite permissive, with a few exceptions. Changes to licensed files must be stated, and original copyright, patent, trademark,  and attribution notices must be kept. Finally, unmodified parts must have the same apache 2.0 license. Endorsing and promotion for your own software is not allowed with the original trademark of this license.

BSD licenses are a family of licenses that are more or less restrictive. BSD License 2.0/ Revised BSD licenses allow for unlimited redistribution, as long as the copyright is stated. The FreeBSD License is the second one in the family. The main difference with the 3-clause is the omission of the non-endorsement clause. This license is similar to the ISC license. Finally, the 0-clause is the most permissive licence, and doesn’t even require copyright notice in the source code or binary. However, it is a less popular license for climate projects.

These are copyleft, meaning that they offer you the right to do what you want with the software, but derivative works must be distributed with the original license. They have three main types; Versions 2 and 3 (require a clear track of changes), as well as the lesser Lesser General Public License (LGPL), which is intended for library applicationsApplications using LGPL do not have to be under the same licence.