What is an Emission Factor?

An emission factor (EF) is a coefficient that describes the rate at which a given activity releases greenhouse gases (GHGs) into the atmosphere. They are also referred to as conversion factors, emission intensity and carbon intensity.

How Global Warming is Measured.

The most well-known greenhouse gas is CO2. It is not the only one however - methane and nitrous oxide are two other major warming gases in a long list of GHGs. Measuring the comparative impact of these is complicated by the fact that the different gases vary both in how much they warm the atmosphere and how long they remain in the atmosphere.

For example, nitrous oxide (N2O) has a "100-year" warming effect 265-298 times more than CO2. This relative index is called Global Warming Potential (GWP), which expresses how much warming a gas will provide over some time frame. These are typically in 20-, 100- or 500-year terms; the world uses 100-year GWP numbers to assess the climate emergency as this is the time-frame it is typically described over.

For that reason, GHG emissions are often measured in CO2e (CO2 equivalents) expressed in weight, normally kg (kilograms) or t (tonne/metric ton). This unit expresses the 100-year warming effect of a given amount of a GHG in comparison to that of CO2. In other words, for a given amount of any GHG, CO2e expresses the amount of CO2 that would warm the atmosphere as much as the same amount of the gas in question, over a 100-year time-frame from the moment of release.

As CO2 is the gas that acts as a base for the relative unit, the GWP for CO2 is 1. 100-year GWPs for other gases are provided by the Intergovernmental Panel on Climate Change (IPCC) in their periodic reports, called Assessment Reports. Some examples of gases with different GWP values are presented in the following table, based on the IPCC's 4th (2007) and 5th (2013) Assessment Reports: 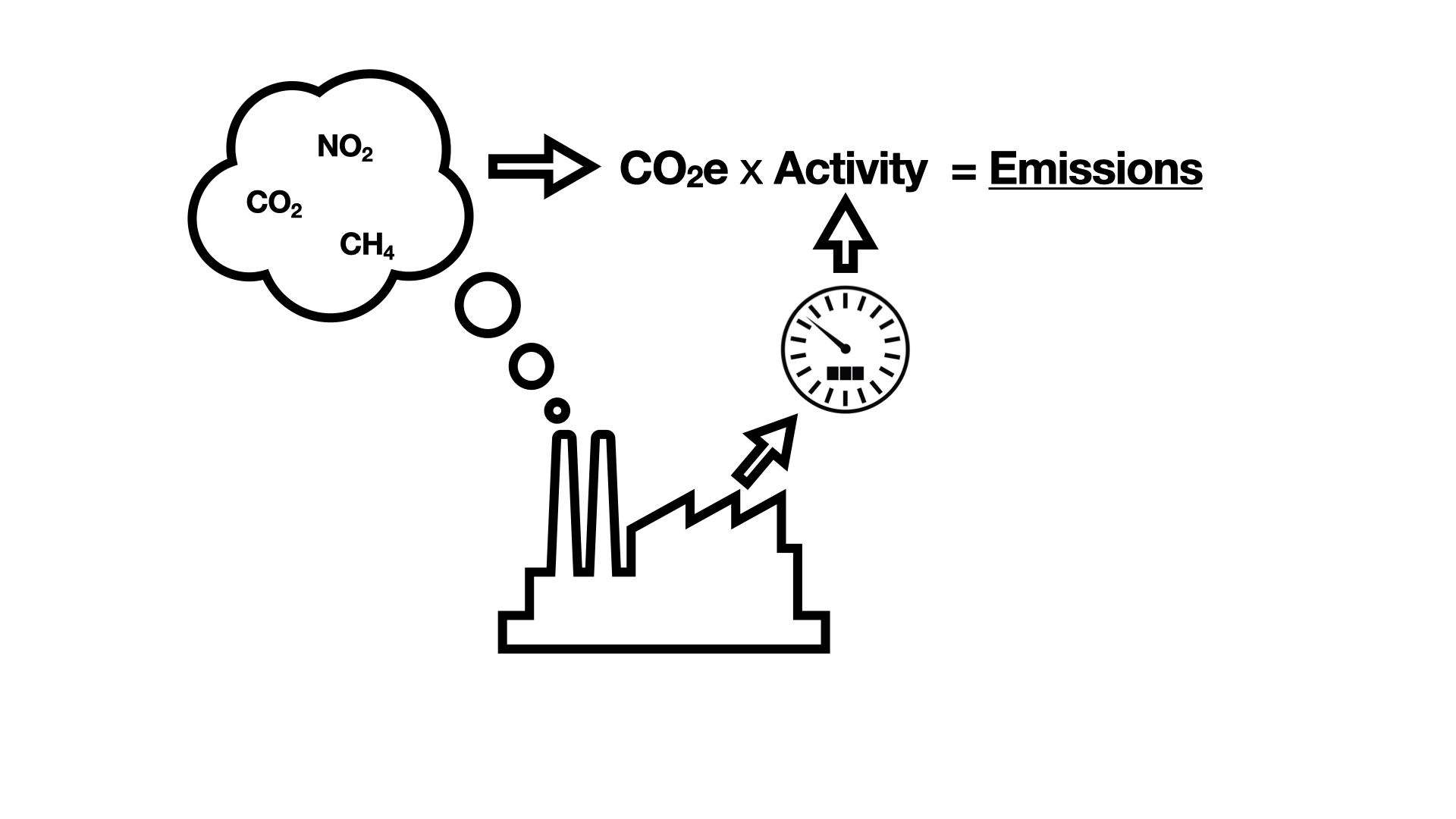 For example: how many kg of GHG are emitted by burning 120kg of natural gas? We first have to choose an emission factor that accepts a weight unit and calculates natural gas emissions in CO2e for that weight. There are a few of them in our Data Explorer tool.

Let’s say that we choose the factor released by the UK government for 2021, a factor of 2538.48 kilograms of CO2e per metric ton (t) of natural gas combusted. If we wanted to calculate the emissions resulting from the consumption of 120kg of natural gas, the result would be given by the following equation:

As the factor calculates the emissions based on metric tons, we convert kg into metric tons so the final product would be: